Three reasons why companies don’t get involved with tendering 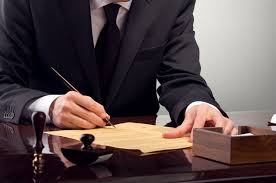 When we’re talking to companies, whether start-ups or established, small or large, about the potential for them to get involved in tendering for public sector business, we come across a wide variety of reasons why they haven’t yet, will do in future, or don’t think they’ll ever be involved in this area of potential business.

However, the three most common reasons we come across are:

This is an understandable reaction for the most part, given the level of misjudgements and misconceptions that people either hear from suppliers, colleagues and clients or make for themselves regarding the tendering process. It’s true that there is a very strict procedure by which public sector organisations have to abide when advertising for suppliers for the majority of the goods and services they need.

However, ask yourself the following question: how do people learn to ride a bike? The answer is that they practice, maybe needing stabilisers for a while before they are ready to go on two wheels for good. Tendering is not easy, but neither is it impossible, and Courtney Tender Services can act as your ‘stabilisers’ by assisting and guiding you through the process, either until you are ready to go it alone or on a continual basis.

We hear this comment a great deal every week, and as a small business ourselves, Courtney Tender Services understand the difficulties of making time for something which may not seem as though it is part of your core business. Think about things a slightly different way, however, and the problem takes on more of an ‘opportunity’ feel!

What if a potential client was to call you and say that they would like to begin detailed discussions regarding your products and/or services with a view to signing a long-term contract with you in the near future. Would you turn them down on the premise that the lead may not work out, or would you grasp the opportunity and try to secure the business? In essence, when tendering for public sector business, there is an investment in time but the potential rewards are great. Courtney Tender Services can write tenders for you to minimise the internal time spent on completing documents, effectively working on your behalf to generate compelling tenders and long term business.

This is an interesting point, given that there are now measures in place to prevent SME’s from being discriminated against in many tenders. These include:

There are of course, still factors that may influence public sector buyers towards larger companies, but in most cases nowadays the perceived gap can be closed considerably.

If you have any questions or doubts over getting involved with Public Sector tendering, call Courtney Tender Services on 0151 601 6263 to arrange a free consultation.